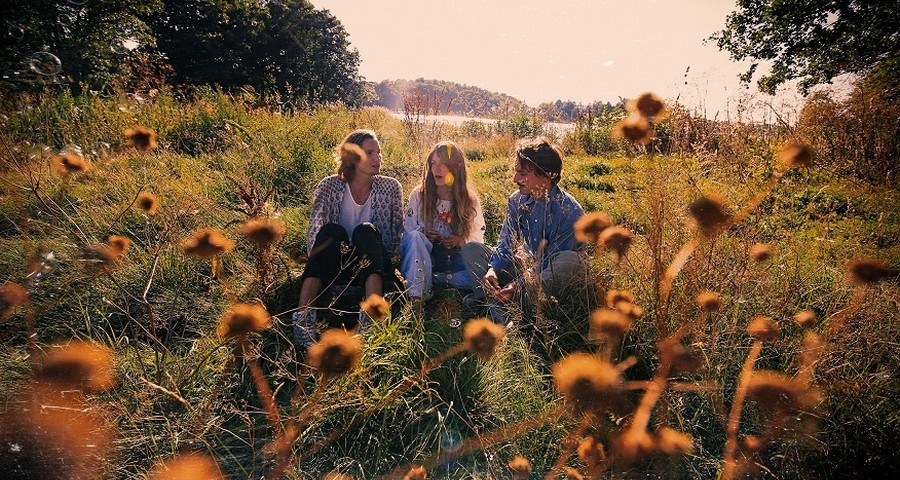 Swedish Folk band Crying Day Care Choir is a true family affair. With their feet steady on the ground, married couple Jack and Sara along with Jack’s brother Bill create music with the aim of making the world a somewhat better place.

A lot of bands choose to take a step back or alternatively put their
Music ambitions on hold when starting a family, this band decided to do the opposite and go for it with full gear. Jack and Sara got their second child in March 2015 and are now, together with brother Bill facing their most ambitious year yet, with no less than four releases planned for the upcoming year along with a big tour of Sweden this winter and an even bigger tour of italy in April 2016. The Wonderlust EP (Oct 2015) was written and recorded in their own little studio in the Stockholm archipelago this summer and has already been streamed over 200.000 times on Spotify.

Crying Day Care Choir has frequently been compared to greats such as Devendra Banhart, Mumford and Sons and the Fleet Foxes. Rooted in the American folk tradition the music offer a touch of bittersweet, that manages to find its way through your body and soul.

With a high level of charm, wit and musicality, CDCC delivers live as a trio and along with the traditional folk setting the members all play multiple instruments to create a contemporary folk sound that stays with you long after experiencing it. Even if this sometimes means playing the bass drum, the glockenspiel and the ukulele simultaneously, while harmonizing away. ​